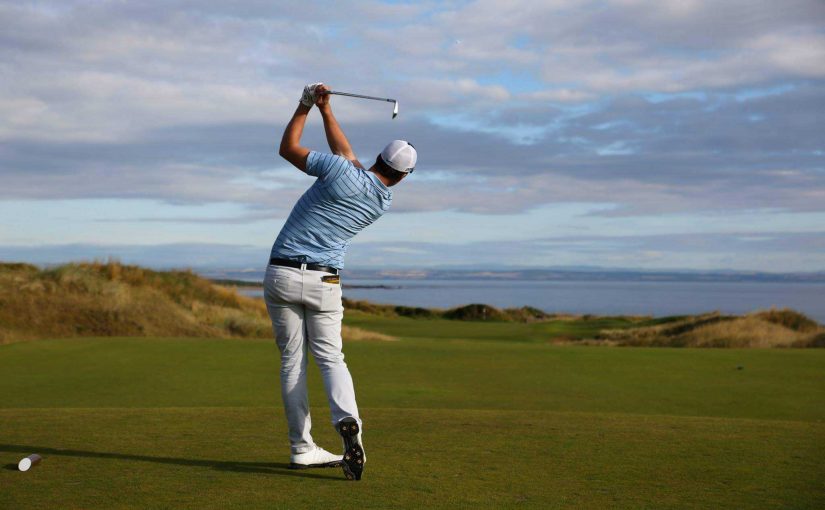 A week and a half into his new position as Head of Insights and Analytics, Meshh’s latest senior hire seems a little bewildered by the questions being asked of him by someone 8,000 kilometres and six time zones away. “It just sounds like you’re looking for hobbies and things that keep me busy,” says Nick Child. He’s right.

That’s because spatial analysis isn’t exactly the kind of industry most kids grow up dreaming to work in. And, not surprisingly, Child came to it in a round-about way.

Raised in Johannesburg, Child admits he wasn’t a great student—or, more accurately, a diligent one. “Definitely a sports guy every day after school, to the detriment of homework and academics,” he says. Eventually he picked up a golf club and found his first passion. “I wanted to be a pro.”

That led Child to the University of Cape Town, where he studied Business Commerce and played for the golf team. He saw some of the world in his spikes, including a few of the great historical links in Scotland—The Old Course at St. Andrews, Royal Troon and Carnoustie. Now a husband and father to a 17-month-old, Child no longer plays as often as he’d like, but still manages to make his interviewer’s jaw drop with envy when asked what his handicap is today. “It’s zero.”

It was while he was in Cape Town that Child found a second passion. “I used to play a lot of online poker—another thing holding me back from doing better academically,” he says, laughing. “I took it quite seriously and wanted to make that my job until it was outlawed [in the U.S.]. That kind of killed off the easy money and I was forced to get a real job.”

Asked how having a poker background has helped him professionally, Child pauses before answering: “Poker is a brilliant game. It's unlike other gambling games, you're not playing against the house, you're playing against other people, and all sorts of things come into play—statistics, psychology, game theory, all those types of things.

“People often say the boardroom is nothing but a poker table; the same concepts are going on. So yeah, I definitely think it's helped me career wise, and kind of shaped some of the decisions I've made.”

After receiving his degree and specializing in marketing, Child did get a real job. He started with Nielsen, analyzing point-of-sale data before founding his own consulting business a few years later. “When I went to work for Nielsen, I was presenting a lot of data and doing marketing presentations. Having an ability to work with data really kind of set me apart and elevated my career. And that led me to start working for myself.”

After four years of hustling for himself, Child moved to London to work in competitive analysis for one of Europe’s largest cinema chains. He was there for nearly five years, made a quick pitstop with a sports gaming company and then moved on to Meshh. That last move brings us back to spatial analysis, and what gets a scratch golfer and former wannabe pro poker player up in the morning. “I think masses of data, the ability to understand what's happening—the secrets that are hiding in broad daylight,” Child says of his latest passion.

As for Meshh, he loves the start-up feel as well as the client base. “I don't really want to be a tiny cog in a massive organization,” he says. “And the types of events—sports, music festivals, those types of things—excite me. From the first interview, I just felt like this was where I wanted to be.”

If you’re looking to take your event ROI to the next level, get in touch with Meshh for a consultation. Eventually, Child could be the one telling you how best to optimize your physical spaces and activations. But if he’s doing it over 18 holes or around a card table, just know that you’re in for some good news and, quite likely, some bad.