Retailers love data. Like, really love it. And they’re good at collecting it. The best of them have in-house data teams and analysts and proprietary business intelligence tools. They track everything from queue times to price-change effects to how weather impacts sales—all to predict what customers will need or want at a particular location, hopefully before customers know it themselves.

“I learned a long time ago not to try to teach a retailer how to use data for retail,” says Meshh CEO Caroline McGuckian. “Just give them what they need. We do one thing well and provide it in a format that is eminently usable.”

What Meshh does better than anyone in spatial analytics is measure at scale how consumers interact with physical spaces. That’s thanks to an agile system that slots in neatly as one part of a tech stack coupled with years of learnings across verticals.

From football games to food trucks, storefronts to shopping malls, Meshh has its clients covered. Let’s look at four examples.

It’s an industry given that the nature of retail is changing. Brands are questioning their footprints and, literally, the physical shape of their assets. But how are they to know what works and what doesn’t?

Understanding customer footfall patterns, movements through stores and dwell time surely helps. And with Meshh, those are easy. Give them a few locations and a month and they’ll report back with data on which layouts are most effective based on client goals.

“It’s not a big infrastructure play, it’s not overly complicated,” says McGuckian. “We can literally put some sensors into a couple of different types of stores and tell you that, in one, customers move through it this way and in another they move that way.”

By its very nature, pop-up is transient. It doesn’t have infrastructure—it’s quick and temporary. Shop Lite. For retailers using any physical space that isn’t their own tricked-up brick-and-mortar asset, getting the type of information they rely on is hard.

But transient is Meshh’s forte. “Because we are a very standalone proposition, we don’t need to integrate with pre-existing Wi-Fi, pre-existing cameras, pre-existing anything,” says McGuckian. “We can and do deliver on pop-up retail experiences across the globe.”

Whether testing a market, comparing locations or tracking conversion rates, selling from a storefront, a booth or out of the back of a van, “pop-up retail is the new black,” says McGuckian, “so we measure it, too.”

There’s a significant difference between pop-up retail and concessions: the latter comes with a captured, quantifiable clientele. But just because people are there, and you knew they’d be there, doesn’t mean you’re guaranteed sales.

If 1,000 people walk by your concession and only 200 stop, how can you increase that number? “Should you have three locations in different areas or one larger shop,” asks McGuckian. “How many different touch points do you have with that consumer? Should you be doing something visual at the front door? Do you need new messaging?”

With Meshh’s expertise as a starting point and its systems measuring any or all of those and more, clients create a comprehensive strategy to maximize event ROI.

Not all retail is about individual stores. Mall operators work with multiple brands on customer engagement, location, promotions and more. Some areas of the mall are going to have less traffic than others, but with Meshh in the mix, that can be addressed.

“We have used signage to drive footfall,” says McGuckian. “We look at parts of the mall that are quieter and feed that back into the digital OOH system to trigger messaging to change behaviors.”

Knowing where customers are means you can direct them elsewhere, like to a store having a sale or a food court at low capacity. 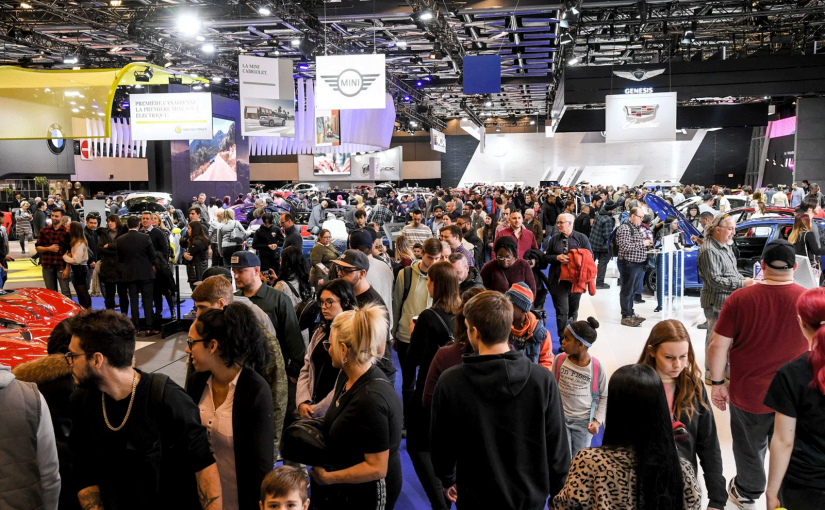 Auto shows are hugely important to anyone looking to build brand affinity and generate leads. Even with the scaled-down events being put on during COVID and likely to continue, you’re looking at thousands of past, present and/or potential customers. There’s a lot of data to be had, but collecting, reporting and acting on it is a daunting task. And with budgets being squeezed and ROI constantly scrutinized, efficiency is more important than ever.

When it comes to creating and measuring digital activations at events, the four big pain points are: a broken feedback loop, the inability to make informed adjustments on the fly, poor consumer communications and CRM integration issues. Using the auto show as an example, let’s see how Limelight addresses each one.

You’ve got two touchpoints: contesting and vehicle-specific wheel stands. It’s all going great, until it isn’t. But there’s no need to hit the brakes.

After a few hours, you notice the bounce rate for the contest sign-up is high. Turns out most people are giving up after nine questions, and you’ve got 12. That knowledge allows your team to shorten the questionnaire. By Day 2, your submit rate jumps considerably.

“Clients can use Limelight without having to custom code or lean on a development team or several different partners to make changes,” says Richardson. “You can update as soon as there is some downtime.”

The Limelight dashboard is also showing that something is up with the placement of the contesting kiosks. Despite being stationed in high-traffic areas to maximize exposure, few people are stopping. A little investigation reveals that foot traffic is too high; people feel they’re in the way if they stop. The answer: Move the kiosks.

It may not be possible in the moment, but you’ve got the knowledge to act if it is. At worst, you know what to do for the next day or the next event.

“What’s nice is the events team—the actual boots on the ground, the people who are working the event—can see how people are responding, behaving and interacting in real time,” says Richardson.

You’re pleasantly surprised to see that the wheel stands are getting a lot of use. Limelight’s branch logic is sending existing customers on one journey and potential customers on another. The software is also generating automated follow-up emails that are personalized and timely, which can mean same day or timed for optimal engagement. That can lead to an open rate often as much as 10 times higher than what you’ve seen versus a logistically delayed send to people who have opted-in to communications, according to Richardson.

“That’s huge, and it makes sense,” he says “Otherwise, a couple weeks later, I’ve forgotten what I signed up for and I could scroll by it as spam.”

All the collected information from your activations—including any identifying questions—is also being passed directly to your CRM to update consumer profiles and alert dealerships of leads and marketing to hand-raisers, making it easy for both sides of the business to drive success.

“Often the CRM team doesn’t want to ever log into Limelight, and that’s fine,” Richardson says. “They want to use their system to see the event leads, in addition to web, social and other channels. And the events team doesn’t want to rely on or may not have access to the CRM system. But now they have access to the consumer data and key metrics to see how events are performing.”

YOU HAVE ARRIVED AT YOUR DESTINATION

Thanks to Limelight, your feedback loop is humming, your event managers are acting on easily digestible data, your email follow-ups are optimized and all the consumer information is flowing seamlessly into your core CRM in real time.